SAN BERNARDINO, CA (October 14, 2016) - Today, Assemblywoman Cheryl Brown's (D-San Bernardino) campaign is announcing an endorsement in her re-election campaign from the United Farm Workers of America (UFW). Founded in 1962 by Cesar Chavez, the United Farm Workers of America is the nation's first successful and largest farm workers union currently active in 10 states. The UFW continues to organize in major agricultural industries across the nation, representing over 27,000 workers. 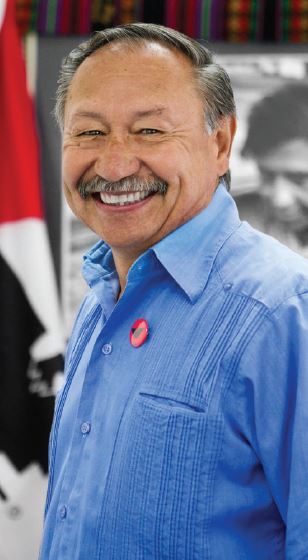 President of UFW, Arturo Rodriguez, wrote in the endorsement letter: “On behalf of the elected leadership of the United Farm Workers of America, I am pleased to inform Assemblywoman Cheryl Brown that the UFW has endorsed her candidacy for Assembly District 47 in the upcoming election. Cheryl has demonstrated exemplary leadership in supporting farmworkers and their families. We recognize her commitment to the farmworker movement and consider her to be an individual with gold status in the eyes of farmworkers. ¡Sí Se Puede!”

The United Farm Workers of America endorsement of Cheryl Brown's re-election campaign joins a long list of support from Labor unions, which includes the:

Assemblywoman Cheryl R. Brown is running for re-election in California’s 47th district. The 47th Assembly District is located in the heart of San Bernardino County and includes Colton, Fontana, Grand Terrace, Rialto, San Bernardino, and the unincorporated communities of Bloomington and Muscoy. The election is scheduled for California’s General Election on November 8, 2016.